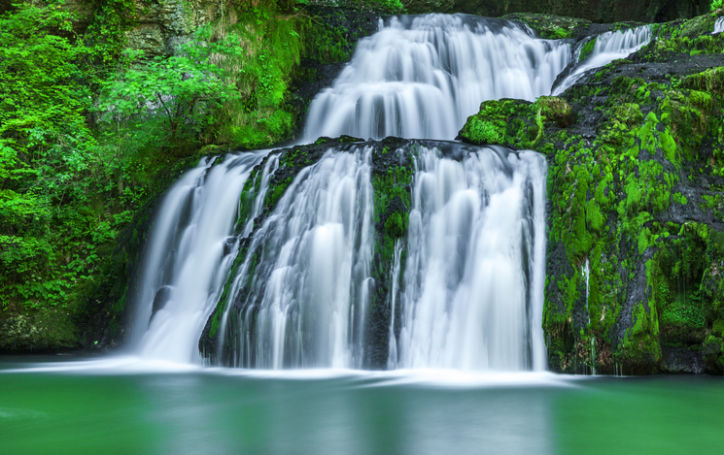 A significant portion of compensation provided Executives and Managers is comprised of deferred compensation (commonly called “deferred comp”), that is, compensation “awarded” at one point in time, but not yet vested (i.e., fully owned) by the recipient until a later point in time. Deferred comp comes in many forms, most commonly in the forms of (a) “equity” (stock, stock options, RSU’s, etc,), (b) deferred cash payments, or (c) profits interests of one kind or another.

Virtually all deferred compensation programs are subject to a set of rules, commonly called a “Plan.” By the rules of most Plans, deferred comp awards become vested (that is, fully “owned” by the employee) only upon certain “trigger events,” which include (a) passage of time (e.g., over three years), (b) specified company-related events (e.g., when the company is sold), or (c) upon the employee achieving certain goals (e.g., promotion to Senior Vice President or above.)

While employers will not openly admit it, the application of Plan Rules can always be modified upon compelling request. It’s a kind of closely-held “secret” that nearly every employee compensation Plan provides the employer’s Compensation Committee, or equivalent, wide discretion to “bend” the Plan rules however they deem appropriate.

Can you have your deferred comp vested “earlier” than the Rules provide – what we call “accelerated vesting?” Sure, if you ask with both respect and a clear and compelling rationale. In each of the following scenarios, using one or more of the following rationales, our clients have many times been successful in that effort.

1. Upon Termination without Cause: Upon downsizing or layoff, it is common that unvested deferred comp is deemed forfeited. There is a certain illogic at play here: “Why would loss of a job also result in loss of rewards for past hard work on that job?” Request for accelerated vesting of deferred comp made in this rather commonplace circumstance is granted more commonly than you might imagine.

In this context, this is an often-effective rationale: “To my best knowledge, I did nothing to deserve, in effect, a punishment by loss of earned compensation, especially now, as my family and I need this compensation now, more than ever. There’s simply no proper rationale for that.”

2. After Notice of Resignation, in Exchange for your Agreement to Delay Departure for the Company’s interests, either Short-Term or Long-Term: Upon receiving a resignation, it is quite common for an employer to request either a delay in the employee’s departure, or even a withdrawal of that resignation. Should you be open to considering either of those paths, asking in return for a written commitment you receive, in return, a variety of things advantageous to you – most importantly to include accelerated vesting of deferred comp – is wise in the extreme.

In this event, the best rationale is: “That might be possible, but a clear, written commitment to accelerate vesting of my previously awarded compensation is one of the risk-reduction provisions I’d like to see set into writing.”

3. As a substitute for Promised, but Not Received, Substantial Opportunity or Reward: One of our clients was repeatedly assured that she was next in line for her employer’s CEO position. On that basis, she had turned down several offers from competitors. When the position was given to another colleague, she was asked by her Board to remain, given her recognized substantial value to the company. One component of her requested “Stay Package” was accelerated vesting of all outstanding deferred comp, which was approved.

Her successful rationale: “Though disappointed about the past, I only want to look forward. And going forward, I’d be more comfortable and less in jeopardy if my substantial accumulated equity positions were fully accelerated at this time.” Though there was no specific enabling provision in the Equity Plan rules, the Board created a “workaround,” as we expected they would.

4. Upon the “Functional Occurrence” of a “Change in Control Trigger”: One of the most common scenarios where accelerated vesting is offered in deferred comp Plans – especially equity Plans – is the occurrence of these “two triggers”: (i) a Change in Control of the company (as defined in the Plan) and (ii) a subsequent Termination Without Cause within a specified period thereafter, commonly 12 months.

It is not unusual for one or both of those two “triggering events” to have almost taken place, but for “details,” that is, perhaps not technically, but ”functionally, triggered.” Real life examples include (a) the definition of “Change in Control” requires a “sale or disposition” of a majority of stock of the company, but the transaction has been structured slightly differently for tax purposes; and (b) your termination is not within 12 months of the Change in Control, but rather 12 months and one week after it.

Boards always have authority to exercise discretion in determining the intent of their predecessor Directors, and this is a common scenario in which such discretion is exercised, at times to maintain good faith with executive team members, at times to avoid lawsuits.

The most compelling rationale for acceleration request in this circumstance: “My request for acceleration of my unvested holdings falls squarely within the intent of the Plan’s drafters and serves to fulfill their underlying purposes. Having contributed greatly to the success of the transaction, the Board’s exercise of its inherent authority and discretion to recognize that intent and fulfill those purposes would be in the best interests of all of the Company’s stakeholders.”

5. In the Course of an “Involuntary Resignation”: At times, employees resign not because they want to, but because they simply must. Examples might include (a) in the face of extreme sexual harassment, (b) unresolved danger to health or life in the workplace (e.g., toxic fumes), (c) in an effort to depart if urged to participate in improper activity (e.g., deceive customers or regulators). If it were not for such impossible-to-accept conditions, the employee would presumably remain, and continue to vest in deferred comp.

As usual, the problematic situation presents the best rationale for acceleration: “Were it not for management’s permitting the continuation of this harmful, dangerous or illegal circumstance, I would remain on the job and my deferred comp would, over time, vest. Accordingly, I request that they now vest by acceleration. I should not be denied what I’ve earned due to this circumstance.” It is compelling, persuasive and convincing in most such circumstances.

In this scenario, the most often winning rationale: “Simply put, it is a way to bring closure without the necessity of significant operating expense incurred.”

7. Board Request for the Departure of a Founder: It is not unusual for a person of great vision who helped found a venture not to have the skills, temperament or discipline to bring that vision to life. Indeed, it is quite common that Boards bring in new management when seeking outside investors in later rounds of funding, leaving founders without a firm place in the company structure.

Founders in these circumstances often prefer to leave “intact” than to slowly “wither on the vine.” And, too, the inducement of having considerable equity vest, and thus provide a firm basis for future cooperation and collaboration, instead of devastating distraction.

The best rationale for request for accelerated equity vesting in this scenario is this: “If I can no longer ride on this rocket ship, I’d rather depart a strong proponent – and participant – in its future success. Considering that the Company would not exist without my contribution, accelerated vesting is what I need to be enthusiastic going forward.”

Three related points to bear in mind: (1) Continued Vesting over Time, while not as attractive as prompt Accelerated Vesting at one time, is a frequently seen counter offer, to be considered as a next-best alternative; (2) these Seven Scenarios and Their Compelling Rationales are not the only ones; they are just the most common ones we see; and (3) there’s almost never a downside to making any request, so long as it has what we call “The Three R’s”: it is made Respectfully, is of a Reasonable Amount or Degree, and has a Compelling Rationale. It’s that third element – a convincing rationale – that so often makes the difference between “yes” and “no.”

That’s what successful compensation negotiators always seek, find and use: “an argument that is difficult to argue with.”

We offer confidential telephone consultations as a first, preliminary step in providing counsel to those with workplace or career problems or opportunities. They are available days, evenings and weekends, depending upon urgency. For those with questions related to matters on which we were retained and worked with them during the preceding 12 months, brief discussions, without review of new documents, are provided without charge. For others, our Schedule of Consultation Fees can be found on our About page. Consultation arrangements can be made with Ms. Vanessa Mustapha or Ms. Phyllis Granger at 212.757.5000, or by email to Vanessa@ExecutiveLaw.com or Phyllis@ExecutiveLaw.com.