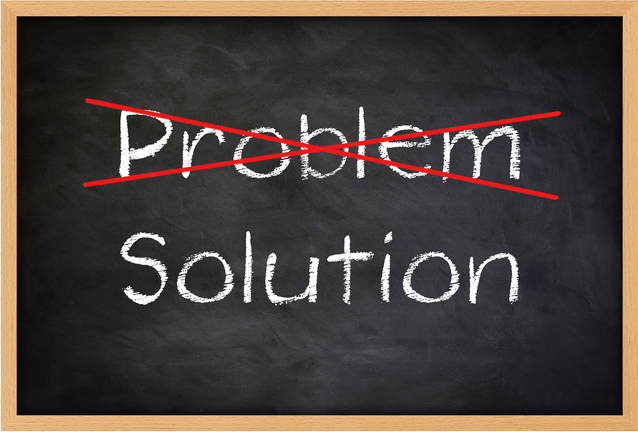 When you hear the word “lawyer,” chances are you also think of the word “lawsuit.” Makes sense; that’s what a lot of lawyers do for a living. But, it’s not necessary, and in our view never wise, unless you are prepared to retire, to change careers or want to stand on pure principle, without thought of practicalities.

A. Conflicts are Inevitable
Sooner or later, something you express or do, or don’t express or don’t do, will be considered objectionable by another person at work. Experience teaches us that the objection often comes from a person you would least expect, or about a subject you had no idea would be objectionable.

The challenge faced by such inevitable conflicts that arise in your career is how to best address the objection, whether your choice resolves the problem, or just makes it worse.

B. How You Respond to a Conflict is Not Inevitable
We’ve seen people respond to conflicts at work in three general ways: (1) passively, that is, denying or ignoring it as long as possible, (2) aggressively, that is, attempting to intimidate or overcome the other person, or (3) solving it, that is, understanding the, identifying its origin, and by addressing the problem, and turning it around to your favor.

Solving conflicts you encounter at work significantly enhances your reputation as someone with a very sought after ability, and your self-confidence, too.

C. Lawyers Can Make Conflicts Worse
Litigation is taught in law schools as the primary means of dispute resolution. With very few exceptions, law schools do not teach negotiation as a path to resolution. Our view is that lawyers should help their clients in the best way possible. In the employment context, litigation is hardly ever the best way to do that.

It cannot go unnoticed that litigation is often more in the lawyer’s interests than in the client’s interests, at least in the financial sense. It is for this reason that Warren Buffett is known to say, “Never ask a barber if you need a haircut.” Like surgery, litigation is sometimes necessary, but should never be undertaken without first getting a second opinion, that is, before considering the alternatives.

D. Negotiation is Preferable to Litigation Seven Days a Week
Every available avenue to resolution should be explored before turning to litigation in light of its cost, distraction and inherent risks, including reputational risk, all of which are profound.

Additionally, there is nothing wrong with engaging in artful negotiation as a first step in conflict resolution; If it does not solve the problem, the courts will still be available, if needed. Negotiation also has no rules, no timetables, and no procedures, that must be adhered to.

Negotiation often works best as we practice it: with legal guidance and oversight, but without direct attorney-to-attorney confrontation. Thus, artful negotiation favors the prepared, open and creative mind.

E. Mindful Conflict Resolution Focuses on Perceived Interests and Emotionally Acceptable Delivery
Every living thing is attentive to its survival, and hence is ever-mindful of its perception of its self-interests. What people perceive to be “in their interests” – rationally and emotionally – is always what they will be drawn to.

Conflict resolution is often just a matter of (a) thinking deeply about being the other person, (b) persuading the other person that their perception of their self interests may be different than they view them, and (c) doing so in an emotionally acceptable manner.

We offer confidential telephone consultations as a first, preliminary step in providing counsel to those with workplace or career problems or opportunities. They are available days, evenings and weekends, depending upon urgency. For those with questions related to matters on which we were retained and worked with them during the preceding 12 months, brief discussions, without review of new documents, are provided without charge. For others, our Schedule of Consultation Fees can be found on our About page. Consultation arrangements can be made with Ms. Vanessa Mustapha or Ms. Phyllis Granger at 212.757.5000, or by email to Vanessa@ExecutiveLaw.com or Phyllis@ExecutiveLaw.com.